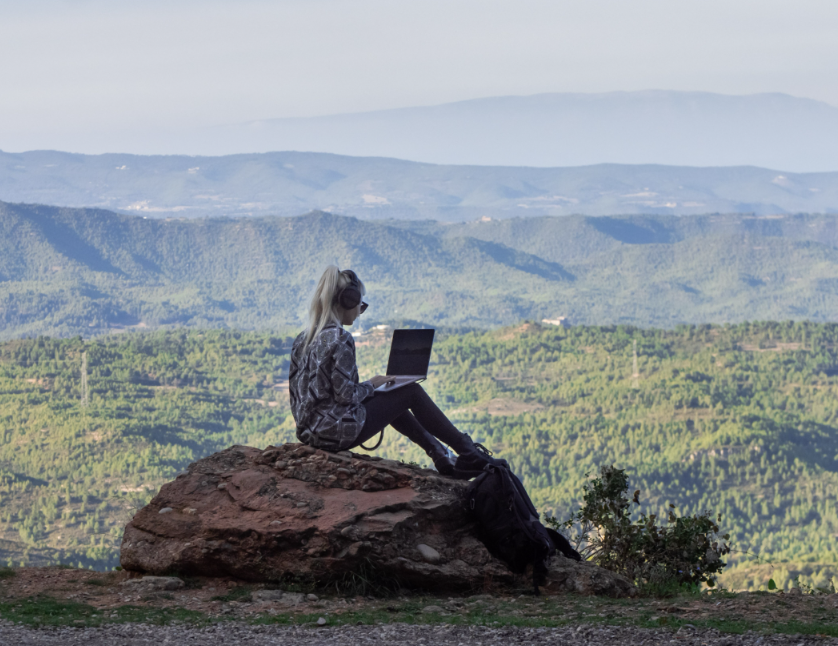 In the past, we’ve discussed whether it’s possible to use headphones for accurate mixing. The conclusion is that you can mix quite effectively with headphones, as long as you have headphones with a flat frequency response. Headphones present music to our ears and brains differently than speakers do, so it may be an adjustment if you’re new to headphone mixing. With a little practice and by paying attention to a few key areas, you can become confident that your mixes will translate to the outside world.

Headphones are very much like full-range monitors in terms of how we hear the frequency spectrum, and just like with full-range systems, we need to know what to listen for. If you monitor on mixcubes, like Auratones, you don’t expect to hear thunderous bass, but in full-range headphones, we need to know how much bass is too much bass! Great monitor systems and headphones will reproduce almost anything we throw at them, so learning to balance the amount of each frequency range is key to successful mixing on full-range monitors and headphones. In other words, you need to study what great mixes sound like on your headphones! If you need a source for great-sounding tracks, check out our post on reference mixes.

On large monitors (especially with subwoofers) the vibrations in the room help your body recognize how much energy is in a mix, but with headphones, it’s all in your head, so learning to monitor on headphones can be a new experience. For headphone mixing, focus on the clarity and presence of kick and bass in relation to the other instruments. Which sounds actually create subs or bass frequencies and what does 30 Hz sound like vs. 60 Hz vs. 120 Hz?

With bass guitar, for instance, you mainly hear harmonics an octave above the fundamental. As such, rather than deep bass, you want the bass to be audible. The first- and second-order harmonics should be full and present. Motown engineers regularly hi-pass filtered bass guitar around. With kick drum, you may actually hear the (4 kHz) attack more so than the deep resonance of the kick drum. Take a listen to some songs from the Motown era, where there is almost nothing below 70 Hz. Then compare that to a modern trap record or a neo-soul cut from D’Angelo. Now think about how your mix defines bass.

There are a number of philosophies regarding the blending of bass and kick drum. Eric Serafin, aka Mixerman (Pharcyde, Foreigner, Ben Harper), states that one should appear on top of the other in the sound field. This positional effect is easier to tell in headphones than on speakers. As mix engineer Andrew Scheps (Red Hot Chili Peppers, Adele, Jay-Z) puts it, “One has to rule the low end.” Whether it’s bass or kick drum doesn’t matter. According to producer-mixer Michael Wagener (King’s X, Metallica, Alice Cooper), kick lives at around 60Hz, bass at 100Hz. To separate them, use a low-cut (or high-pass) filter on the bass below 100Hz with a steep filter. This also implies that the bass will tend to sit on top of the kick. Dance records often sidechain the bass to duck when then kick hits. That way both instruments can occupy similar frequencies, but the kick cuts through the bass.

Most importantly, the low end must support the mix without overpowering the rest of the mix. Towards the end of a mix, many mixers will pull the bass fader all the way down and then bring it back up until it fills out the bottom. The same trick can work with kick drum if that’s what drives the low end of a mix. Don’t be afraid—this trick actually works!

Since our ears are sensitive to midrange sounds and most of our instruments live there, it follows that the midrange requires special attention. If a mix has its mids properly dialed in, bass and treble frequencies need only be in the ballpark for your mix to translate well—especially to compromised playback systems, like phone speakers, Bluetooth speakers, and television speakers.

Midrange instruments tend to fight for attention. The goal is to make sure that all instruments can be heard, yet still work together as a unified whole. One of the more commonly advised approaches is the use of equalization to “carve out space” for the lead instruments. However, carving out frequencies is a moving target and only works if instruments are playing in the same range at the same time. Cutting frequencies from a sound can have the adverse effect of reducing a sound’s energy, so be careful. Headphones work like a magnifying glass for the midrange, so use that to your advantage and highlight the important frequencies of each instrument.

Do not equalize an instrument in isolation and then drop it back in the mix and try not to sweep frequencies to look for problems. These maneuvers pull a sound of the context of the mix and confuse your brain. Try this instead:

1. Listen to instruments in the context of the mix. You can raise the volume (slightly) of a sound to better focus on it, but keep the rest of the mix playing.

2. When trying to fit two sounds together that occupy similar frequencies, like guitar and piano, EQ one instrument while paying attention to the other instrument and how it sounds. You will find this method works well and uses less EQ than you may be used to.

3. Don’t sweep with narrow bandwidths. Try gentle, wide boosts and cuts to highlight the general range you are searching for, and then narrow the bandwidth and adjust the gain to achieve your goal. This method trains your ears and without shocking them.

4. Sometimes boosting a resonant or ugly frequency is exactly what a mix needs. To bring out a timbale or a cowbell in a busy mix, try boosting its honkiest frequency (1kHz). Highlighting the energy in a sound is the most direct path to helping it speak in a mix.

Equalize Without an EQ

Equalization is not always the best tool to shape the tone or energy of a sound. Equalizers can only boost or cut frequencies that exist in a sound. Sometimes we need to add more energy—harmonic density—by adding new frequency content to sound. Saturation or gentle distortion can make an instrument stand out in the mix as if the instrument was performed with more intensity. Saturation can come in hardware form, such as Thermionic Culture’s Culture Vulture, or as software, such as Soundtoys’ Decapitator. Most DAWs even provide a stock distortion plug-in (Avid’s lo-fi or Logic’s Phat FX). You’ll find a little tube overdrive or a tiny bit of ring modulation will go a long way to bringing out toms or the pick strike of a guitar in a dense mix.

High frequencies don’t require the special attention that bass does. In fact, once you have the mids and lows under control, the highs pretty much take care of themselves. Analog tape and several trips through a mixing console often dulled high frequencies so lots of corrective EQ was necessary. Modern converters and DAWs reproduce highs extremely well and you may find that more often than boosting highs, you are cutting highs. For electric guitars, try a slight boost between 1.5 and 3.5 kHz and a wide and gentle dip from 4 kHz to 8 kHz. You’ll get clarity without the sizzly bite.

Avoid is boosting the same high-frequency range (e.g. 10 kHz for “air”) on several tracks. High-frequency buildup between 8kHz-12kHz will mask the higher frequencies that actually provide the natural openness of a mix. It sounds counterintuitive, but reducing highs on certain instruments can make them appear clearer in the mix, especially when they’re not all fighting each other at the same frequency. Try a bit of analog console or tape emulation on bright or percussive instruments to roll off their high-frequency transient energy. They’ll still sound bright, but with softer edges that help them sit better in a mix.

Keep these four tips in mind to create headphone mixes that translate well!

1. Learn how bass and mid-bass sound on your headphones by studying great mixes. Some instruments speak at their fundamental frequency and some speak at their first or second harmonics.

2. Balance the midrange without soloing instruments and solve conflicts by paying attention to what sounds are masked by others and where each sound’s principal energy lies.

3. Use slight distortion and saturation to bring instruments forward in a mix in place of equalization.

4. Don’t hype the highs on too many instruments in a mix. Try dipping highs on instruments that don’t need highs to leave room for other instruments in that range and soften some transients with console or tape emulations.

Don’t forget that just like studio monitors headphones require calibration to provide an accurate and trustworthy frequency response. Sonarworks’ SoundID Reference provides calibration curves for hundreds of headphone models. Here is a full list of all supported models. If you haven’t tried mixing on headphones with SoundID Reference, download a demo and hear what you’ve been missing!

A Powerful Plugin To Help You Mix on Headphones 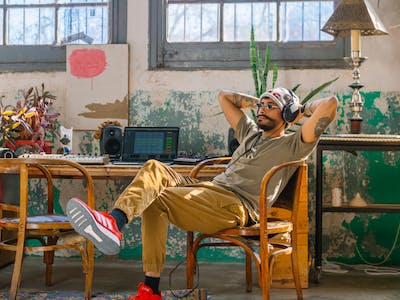 When Is The Mix Done? 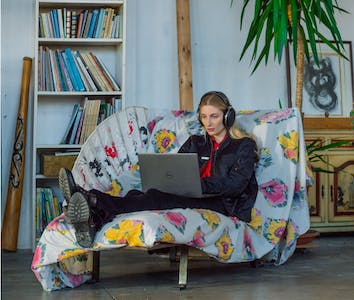 Types of Equalizers and Their Applications 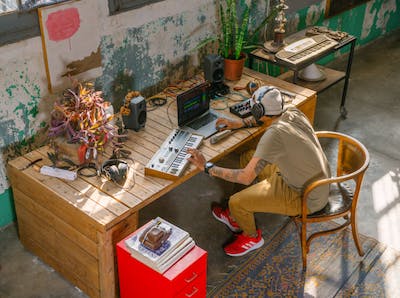