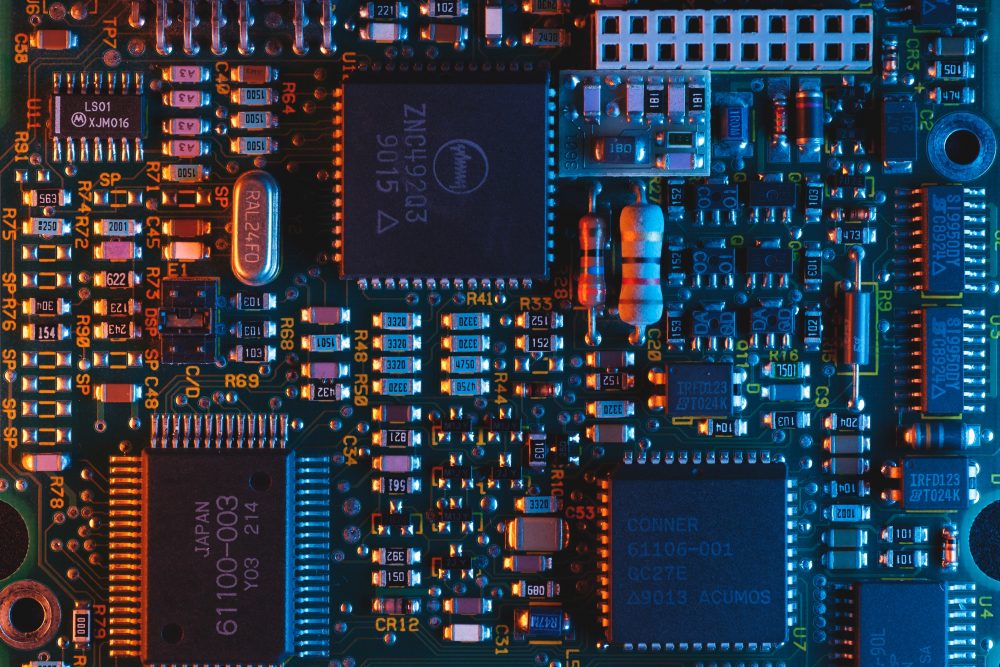 Many audio creators are enamored with the idea of “analog” sound and we receive questions about how to best achieve this analog sound. Most of us work primarily in the digital world, where plugins model analog devices, but there are a certain few physical devices that you should know about that absolutely provide that magic analog sound. It helps to record analog sources with vibey gear in order to capitalize on their analog-ness before any sound hits our DAW. In this article, Barry Rudolph sheds some light on a key component for this effect and how it can also be applied during mixing and mastering. – ed.

In this article, I want to talk about transformers; their practical applications, and their seemingly magical effect on audio signals.

Transformers, nondescript, but important electronic components, are ubiquitous in professional audio gear, both in the power supply and in the audio path. Audio transformers are used in analog consoles, DAW interfaces, most every piece of outboard gear, many microphones, powered monitor loudspeakers, and power amplifiers used for monitor speakers and headphones systems. Here, we will focus on the audio applications of transformers and only lightly touch the power supply uses.

Let’s check out the history, theory, transformer applications, and where to use these fully passive analog devices in the audio chain for maximum effect. I’ve included links to a couple of my own personal DIY builds with part lists, schematics, and photos.

Transformers are one of the oldest technologies still commonly used worldwide in electrical power networks and in audio circuits. The basic, original design is little changed and was called a “tension regulator” when it was invented in 1885 by three Hungarian engineers Ottó Titusz Bláthy, Miksa Déri, and Kåroly Zipernowsky.

All transformers, whether they are audio or electrical transformers, work via Faraday’s principles of electromagnetic induction where alternating current and voltage (both power and audio signals) flowing into one coil1 winding (called the primary) induce a voltage into another, nearby coil (called the secondary). Even though the two coil windings are electrically and physically isolated from each other, the metal core magnetically induces, or transfers, voltage or power from one coil to the other. This ability is called galvanic isolation2.

Transformers can act as a “gearbox” by stepping up or stepping down the voltage, current, and impedance between the primary input coil and the secondary output coil. Transformers are often used as a buffer between different circuits, such as between the output of a mic pre and before the input of an equalizer in a console channel strip. This transformer electrically isolates the two circuits, matches impedances, and often adds a bit of gain as well.

One of the wonderful features of a transformer is that it is a passive device that requires no special treatment or regular maintenance. It also requires no extra circuitry or power supply to operate; it is relatively cheap to manufacture (compared to electronic equivalents), and will even work when connected backwards, i.e., a step-down transformer wired backward operates as a step-up transformer.

The efficiency and sonic characteristics of an audio transformer have everything to do with its design, the type of wire and way the coils are wound plus the type and size of the metal core used. There are many different core designs and for higher efficiency, most transformer cores are made using laminated sheets of soft-iron or steel alloys (rather than a solid chunk of metal) that are stacked up like a deck of playing cards.

The most common transformer core shape is called an EI-frame3 core where the laminated sheets are cut into “E” and “I” shaped pieces with the primary and secondary windings wound on the horizontal bars of the “E.” The “I” piece caps the “E” piece after the windings are done. There is a small air gap where the E and I join, which acts as a small “vent” for the generated magnetic flux. Venting some flux raises the point where the transformer core saturates4.

For their smaller size and efficiency, toroidal transformers are popular when they must be mounted inside the chassis of audio gear. My 1U rackmount Sonic Farm Xcalibur JC Class-A Pentode Pre-Amp Saturator uses a toroidal transformer in its power supply. In addition, there are six CineMag™ brand audio transformers in this high-gain stereo mic/line pre-amp and they are each shielded in mu-metal6 cases.

Audio transformers can be made with iron, steel, or nickel cores, as well as alloys of different metals such as cobalt. Each type of core provides benefits for size, cost, and electrical characteristics that may also affect their sonic character. In general, small-sized nickel transformers have less sonic color than heavier and larger steel transformers or even more colorful vintage iron-core transformers.

Where To Use Transformers and Why?

Transformers make a major contribution to the so-called analog sound of many excellent audio processors. All the coveted vintage gear use transformers. Early UA 1176LN Limiting Amplifiers use both input and output line-level audio transformers which make up a big part of the sound of that transistorized unit. Users often just pass audio through an 1176 without any compression—just for gain with transformer coloration. Many famous tube compressors and equalizers get much of their character from the sound of their transformers, not just their tubes.

Somewhat like compression, a near-saturated transformer gives a mix some glue and air, an indescribable filling in of sonic gaps for a more cohesive sound with more character and density. I sometimes run mixes through transformers at unity with no increase in level or saturation just for some of that analog glue.

One of the design goals of modern audio amplifiers and other hardware processors is purity and zero distortion. Pristine sound is a laudable goal especially when the desire is to preserve and archive audio for mastering without adding noise or harmonic distortion. However, often music creators are looking for a more colorful sound only possible with the saturation artifacts of analog amplifiers and processors.

If you work “in-the-box” and would like to use real transformers for added color, you can use a multi-channel DAW interface to create hardware inserts in your DAW, or you can patch the mix output of your DAW into an analog mix bus or mastering chain. If you use analog gear as DAW inserts, you can usually simply bounce your mix, but if you use an analog mix bus chain, you will probably need to record your final mix and/or stems back into your DAW in real-time.

There are many DAW plug-ins that simulate the effects of transformers and analog saturation. These emulations are OK but they can sound somewhat two-dimensional compared to a real transformer; which always sounds better to me.

An easy way to get analog color on a mix is to patch a pair of transformers (for stereo) on the output of the stereo bus just before the recording device be it back into Pro Tools as I do or out to an external recording device. If you use a stereo equalizer on the stereo bus, you may want to experiment with placing the transformer before or after it in the chain. Your chain might be: an EQ then a compressor and/or limiter and then the transformers just before the A/D converter or DAW input.

A good transformer in the mix path will change the low frequency’s density—a kind of compression but without the obvious sound of “squashed” processing. The sonic change is musical and euphonic—especially with a pair of excellent transformers. The attack transients are softened with the amount of softening dependent on the particular transformer model and the particular level at which you are driving the transformer.

Since transformers are passive devices, you can simply wire a transformer with input and output connections, based on the manufacturers wiring diagrams and mount the transformer(s) in a metal box. No power supplies or custom circuit boards involved. This is an easy project that allows you to insert a real transformer like a line-level plugin on any audio track or mix. I now have five stereo transformer outboard boxes each with different transformer models inside and they all sound and saturate differently from one another.

A few notable, popular vintage and old audio transformers are listed below. There are many excellent modern transformers, but the ones below are well-known for their “iron” sound. Look for these to build your own DIY transformer box.

In Pro Tools, I have my audio interface I/O dedicated to each piece of analog outboard gear in my rack. All of the analog gear comes up as inserts just like plug-ins including automatic delay compensation. One stereo insert path is dedicated to one of my DIY transformer boxes.

As a mixing tool, I like my pair of British-made Carnhill transformers on stereo keyboards such as grand pianos or synth pads and usually followed with a pair of Pultec equalizers. These are the output transformers from Neve input (1073/1084) modules used in Series 80 consoles and other products. They are readily available NOS (new-old-stock) for about $50 each.

Since transformers react to signal level, in all my transformer projects, I add switches so I can manually change the primary windings for either 1:1 or 4:1 ratios. With the 4:1 ratio, you’ll have about 6dB of gain and some additional saturation. Technically speaking, in one setting, the primary is wired at 600-ohms, and with the switch flipped, the primary becomes 150-ohms. You can see that in more detail in the project schematics included with the link to them at the end of this article.

As a gift, I received a pair of Malotki E4M-4001B transformers that were used in Neumann mastering consoles in the 1960s. I rack-mounted and wired them onto the stereo bus insert of my analog SSL Sigma Summing System.

The 32 channels in the Sigma have tremendous dynamic range and are super clean, so trying to get even a slightly overdriven sound is difficult. But if I keep the analog inputs from Pro Tools into Sigma “hot” and insert the transformers on the Sigma’s mix bus A insert, the mix starts to sound like an old analog Class-A British console!

Links To DIY Projects You Can Build!

Below are links to download the plans, parts list, and schematics to build two awesome sounding transformer boxes. I built these with switches to change between 600-ohms and 150-ohms on the primary winding to provide for more or less saturation.

Of course, you can leave the switches out and wire them for either 600-ohm or 1:1 ratio or at 4:1 with 150-ohm primaries for about 6dB of gain and more saturation and color.

The Carnhill transformer has more taps so I wired 600/150-ohm switches for both the primary and secondary.  With four switches total and the ability to run the box at 150-ohms, you can try this box between a dynamic microphone and your mic pre-amp for extra transformer color when recording.