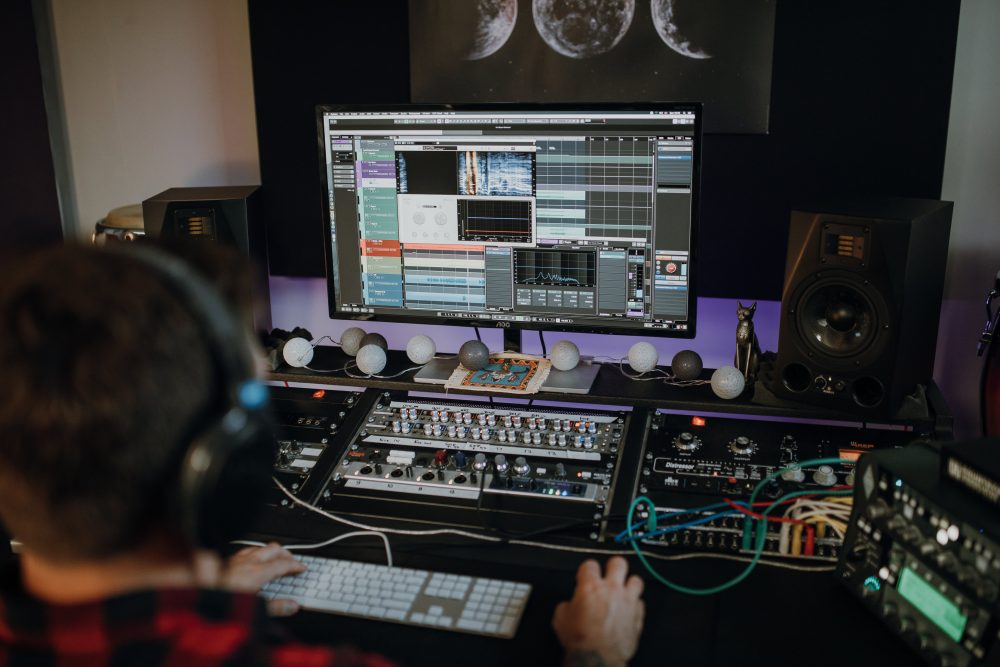 Reverberation. Plates, rooms, spring reverbs, digital reverbs, and room mics are all ways to add ambience and three-dimensional depth to music mixes. Adding reverb using a digital reverb, be it hardware or software, is a striking way to enhance the overall sound of your music easily and with reliable results. Let’s take a look at using reverberation in your mixing work. At the end of this article is a glossary of some terms that you may not be familiar with.

The Domain of Reverb

Reverb is a time domain-based effect used to place musical sounds and/or dialog in an artificially created acoustic space. This “space” can be realistic like a large, open concert hall or any other space—closets, small rooms, car parking garages or small, closed-in spaces like an automobile interior. Even spaces that are physically impossible to construct or image can be synthesized. Reverbs may also be artificial effects, like the sizzly reverb tail added to the snare in a trap record or the gated ambience of a dance snare drum.

A sampling reverb, sometimes called an IR (impulse response) reverb or convolution reverb, samples the sound of a real space and convolves it into a reverb system useful for music mixing. IR reverbs let you apply the sound of a real space to sounds in your mix. Algorithmic reverbs, as opposed to IR ‘verbs, generate ambience by using DSP to synthesize the effect. Algorithmic reverbs can produce natural ambiences or otherworldly and creative textures.

In music mixing, reverb is sometimes thought of as a kind of “glue”—a diffuse sound that fills in around vocals and instruments to make them sound like a cohesive whole. The instruments and vocals sound as if they were all playing together in the same space at the same time—even though they were not.

Sounds recorded without reverb or ambience present a flat soundstage with very little depth or sense of space, whereas properly applied reverbs increase the three-dimensional quality and apparent size of the source audio. A dry unprocessed mono point source such as a lead vocal is heard from a very specific and precise pan (panoramic) location within a stereo, surround or immersive field. This is analogous to a single point of daylight seen poking through a small crack in a wall or ceiling in a dark room.

A single dry lead vocal track has only its volume level, pan position, and tonal personality to distinguish it from the rest of the elements in a song. Changing just the mono vocal track’s pan position, EQ, dynamic range (compressor) and level are amplitude modifications that do not transcend the overall mix stage imaging—these changes don’t produce a sense of depth or space around a sound in the mix.

Reverberation, as opposed to the above processes, develops a space around the vocal that separates it from the rest of the mix without simply over-powering the rest of the instruments and vocals.

The art and craft of the producer and engineer include the choice of reverberation type and color, its amount and tasteful application to add stereo width, depth and a realistic feeling of enhanced size. Reverb can make a sound feel special, making it a focal point of the mix, or it can feel far away and distant, undefined or blurry depending on the exact reverberation type used and its wet/dry balance.

Not enough added reverb might be too subtle—maybe not heard at all at times, which is probably not as bad as excessive reverb that will “wash out” a vocal making it sound indistinct, distant and lost.

An interesting way to make the vocal sound unique relative to the music track is by panning the reverb returns midway left and right for minimal width increase. The reverb returns can focus the effect on just the vocal by NOT being placed hard left and right. Returning the reverb effect “on top” of the center-panned mono vocal builds front-to-back depth but not stereo width. This is the mixer’s choice!

When reverb is properly set up and deployed, our ears perceive the lead vocal track as bigger and more important-sounding. It is as though it is louder in volume but not electrically louder as measured on a VU meter. (See Apparent Loudness) We pay more attention to the artist’s performance with this “spotlight” on it and we are attracted to the way it mixes and complements the music track.

Music mixers use a variety of different software-based reverb plug-ins, hardware digital reverbs or even real plates, springs and chambers as they see fit for a particular piece of music or genre. Mixers have favorite reverbs for rock drum kits and completely different reverbs for guitars and others for vocals. Each reverb type adds a different ambient ‘color’ and quality not obtainable in any other way. There is also an opportunity to NOT use typical reverbs but to stretch and go for something unexpected—to create a special effect.

There are no rules here; sometimes you might want the entire band or orchestra to sound as if they all performed at the same time in the same room even though each musician was recorded separately. Share a single reverb that emulates a large room or auditorium for all the instruments to accomplish that.

Treating the vocal(s) with a different reverb than the instruments can place the singer on a different virtual ambient layer above but supported by the band. Vocals become brighter without EQ by using a very short plate reverb so the added ambience is a metallic-sounding “halo” encircling the vocal.

Gated reverb is an effect born in the 1980s and is still used but much in more subtle ways than the “Big Hair 80s” gated reverb effect used on drums. Digital reverbs have presets already set up to do this, while for the traditional method, the reverb returns are sent through a gate that is triggered open by a side-chain input.

Another effect is to use early reflections ‘gained up’ louder than they naturally occur acoustically. Early reflections are the extremely short reverberations (like echoes) that occur off nearby stage floors, sidewalls, ceilings, and the wall behind the backline on a stage. This builds loudness and tonality although does not add much ambient depth or cloudiness.

Reverb provides a great tool for creating a sense of space and depth as well as giving character to otherwise bland sounds. Creating reverb requires complex mathematical functions and to save CPU power, many plugin reverbs “dumb down” the math needed to create complex reverbs. Try layering a few different types or colors of reverb to create sophisticated and interesting sounds that can be subtle or extreme. 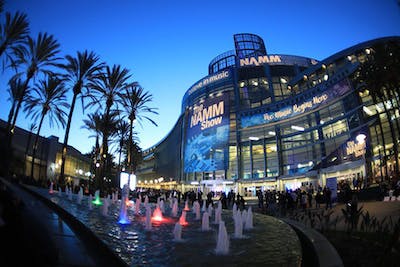 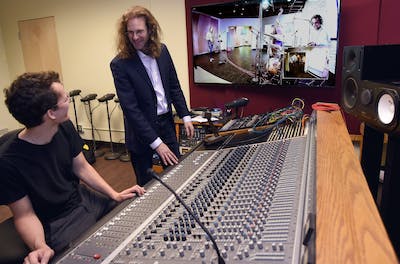 Getting started with the new Calibration Preset Sidebar