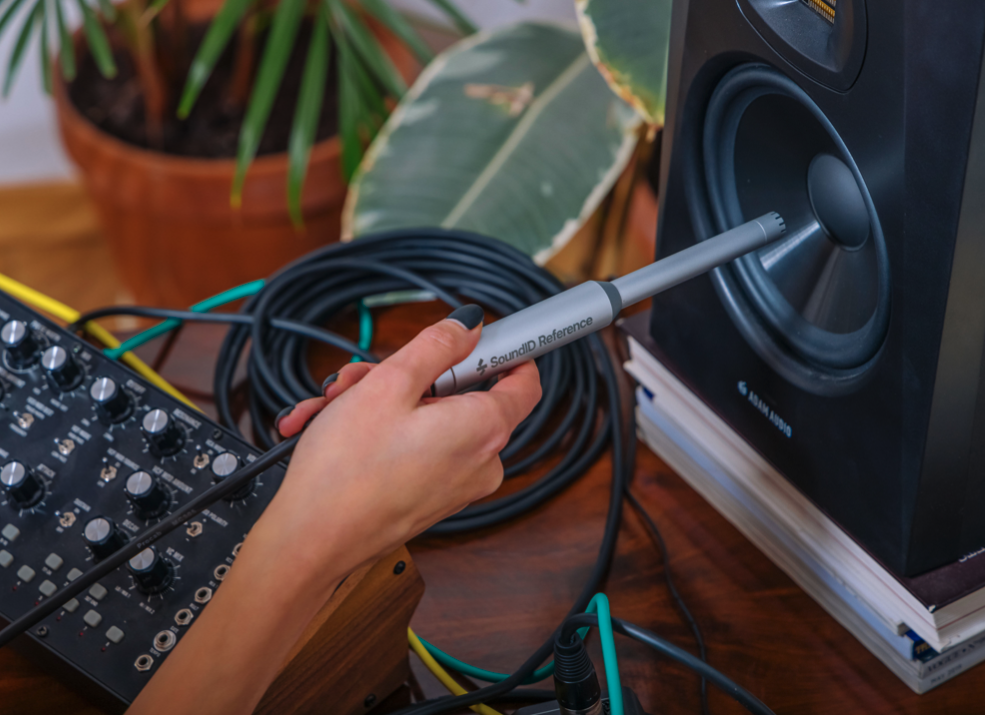 As thoughtful consumers, we try to make informed choices which often include a cost-benefit analysis as part of our decision-making process. When deciding to purchase slightly more expensive tires for our car, we try to determine the benefits vs cost. Do the more expensive tires provide a better ride, better wear or more safety? Often in the studio world, we wish to demo something to see how it works in our particular environment to help us decide on a purchase.

Demoing an audio product usually requires a bit of investment in time to install software, rewire our setup, or in money to purchase a piece of equipment that facilitates demoing some particular device. Recently I wanted to demo Nuendo software and realized that I needed to purchase a USB e-Licenser in order to run the demo. The same is true for iLok protected products. A similar situation exists with needing extra speaker cables to demo a second set of monitors or needing a second mic stand or cable to easily A-B two microphones. Usually, the cost of the extra devices is minimal compared to the proposed investment and often the extra device is useful in other ways—that extra mic stand or cable will eventually get used.

Sonarworks provides a free 21-day trial of their SoundID Reference software, which allows you to audition it with your current headphones and gives you plenty of time to run through all options the headphone calibration software provides. However, if you would like to demo SoundID Reference for speaker calibration, you will need to measure your monitors (in your room) and create a calibration profile, or EQ correction curve, for your room. Measuring your speakers in your room requires playing test tones from the SoundID Reference app and capturing the sound with a measurement microphone.

What is a Calibrated Measurement Mic?

For the following examples, I used Fuzzmeasure software (https://www.rodetest.com/) to measure and compare different microphones with test signals played back from Tannoy Gold studio monitors. The graph below shows a SoundID measurement microphone along with a Behringer ECM 8000 measurement microphone that I bought used on EBAY a few years ago. I played Fuzzmeasure’s sweep tone through the uncorrected studio monitors and the image below compares the two microphones’ frequency responses to each other.

For the following examples, I used Fuzzmeasure software (https://www.rodetest.com/) to measure and compare different microphones with test signals played back from Tannoy Gold studio monitors. The graph below shows a SoundID Reference measurement microphone along with a Behringer ECM 8000 measurement microphone that I bought used on EBAY a few years ago. I played Fuzzmeasure’s sweep tone through the uncorrected studio monitors and the image below compares the two microphones’ frequency responses to each other.

Additionally, when measuring your room, Sonarworks Reference Measurement software takes 37 measurements around the listening area and averages those room measurements. By averaging dozens of measurements, any localized measurement differences or errors become insignificant. Even without applying their calibration files, both of these mics perform extremely well, especially in the critical low-frequency region.

Can We Just Use the Mics We Already Own?

To investigate the possibility of using some common studio mics, I tried some small diaphragm microphones from my mic locker. I mainly tested omnidirectional mics, but I threw in some cardioid capsules for comparison. Notice that my graphs display ⅙ octave smoothing. Most audio marketing specifications use ⅓ octave smoothing for describing speakers and microphones, which is not really accurate enough to show what’s really going on. In fact, professionals often view room response at resolutions as high as 1/48th octave. I want to show a reasonable amount of detail in these graphs, so I’ve chosen ⅙ octave smoothing for these examples. [See the sidebar at end of this article for more on smoothing]

To test the accuracy of my test setup, I mounted the SoundID Reference mic on a mic stand where my head would typically be and measured the mic twice, waiting about 5 minutes between tests. This overlay shows that the test setup is repeatable. Above 25Hz, the two traces are virtually identical.

Since many of us have mainly cardioid microphones, I wanted to show the difference in frequency response between omni and cardioid mics of the same model. Here is a comparison of the MXL 603S with both a cardioid and an omni capsule.

Clearly, the two MXL capsules have opposing frequency tilts, so using one mic versus the other as a measurement microphone will yield drastically different results. I tried this same test with other brands and omni and cardioid mics of the same models followed similar trends as above. Cardioid microphones do not pick the sound reflected from off-axis surfaces, so we can expect their high-frequency graph to look as it does.

Here is a comparison of the SoundID mic to a Miktek C5 (pencil condenser) with its omni capsule. In this test, the C5 and SoundID mic behaved very similarly below 1kHz, then followed a similar contour up to 4kHz, but then showed opposing peaks and dips. The Miktek C5 would certainly be better than an MXL 603S for measurements but without a calibration profile, its high-frequency measurements would be questionable.

I also wanted to verify that the measurement mics accurately captured small changes in frequency response, so I applied a 2 dB cut and boost at 2kHz to my test signal and took three measurements with each mic. All the mics I tested correctly tracked the changes in EQ. The measurements displayed below were made with an Ashman SOM50 SuperOmni small-diaphragm condenser microphone.

What Does This All Mean?

From these images and descriptions, you can take away that each mic can accurately capture changes in frequency response, so it can, indeed, create a measurement of sorts. Measuring changes, however, will never tell us when our monitor response is flat. I wouldn’t recommend that any mic, except a calibrated measurement mic, be used to tune your room or even audition SoundID software. An analogy to that would be frying some food in peanut oil because olive oil is more expensive and you just want to see if it works. Of course, the peanut oil will work to fry the food, but the flavor will be nothing like the flavor of frying in olive oil. Using any old mic to test SoundID Reference will show you that the software can indeed capture measurements of your monitors and can create a correction curve, but that curve is based on inaccurate measurements and will likely not be an improvement to your existing problems.

Don’t skimp on using a calibrated measurement mic to test your room or even to audition room correction software. Buy an inexpensive calibrated mic (with an included calibration file) and if you decide for some reason that you don’t want to keep the mic, put it up for sale and someone will surely buy it.

To reassure you that room correction is time and money well spent, Pro-Tools-Expert.com surveyed that 59% of their production community “cannot live without speaker calibration software in their studio.” Download a demo of SoundID Reference software and if you intend to try the software only on headphones, you’re good to go. If you also want to measure and calibrate your speakers, please borrow or buy a calibrated measurement mic and try it for real. I don’t think you’ll be disappointed.

Smoothing and how it hides data.

The three graphs below all represent the same captured measurement but have different smoothing applied. 1/48 octave smoothing divides each octave into 48 data points. ⅓ octave smoothing only divides each octave into three measurements, so we don’t know what happens between those measurements. In any room, comb filtering and acoustic anomalies often have very narrow bandwidths with large amplitude changes. A 10dB deep notch that is ⅙ octave wide at 80Hz may not even show up on a ⅓ octave graph but will wreak havoc with frequencies around the notes of D#2, E2, and F2— the open low E-string on the acoustic guitar or the D string on the bass guitar. A ⅙ octave (or even finer) graph will display these drastic, but narrow-band problems in detail.

Take a look at the three graphs below to see how smoothing hides some very ugly dips in the frequency response. Notice the almost 20 dB dip at 74Hz on the bottom graph that is completely smoothed over in the top graph. The ⅓ and ⅙ octave graphs would lead us to believe that there is no frequency dip around 74Hz when we can clearly see the dip in the 1/48 octave graph.

Sometimes smoothing to ⅓ or ⅙ octave is appropriate, but when looking for specific frequency-related problems or judging a piece of equipment based on its spec sheet, don’t be fooled by the smoothing! 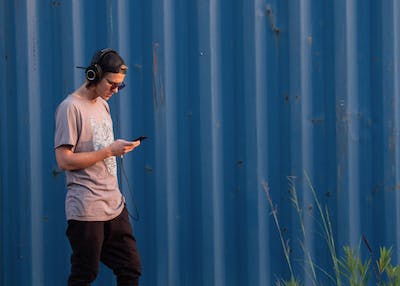 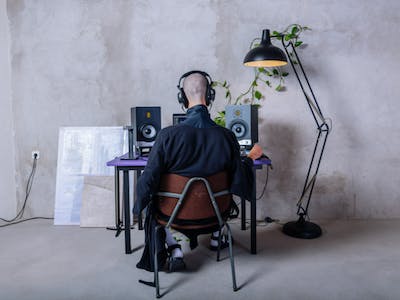