Whenever there’s a #showoffyourstudio call on some audio site, there’s always some glorious shot of a wide mixing board with piles of monitors stacked on each side. More often than not to make space these 2-way near fields will be put sideways. On recording engineer groups there will be people who would swear that sideways positioned speakers sound better to them. In this article we’ll look at some publicly available data and see what’s wrong with keeping speakers on their sides and how to improve their positioning.

Let’s start by finding out what exactly changes when you rotate a speaker 90 degrees. Every speaker has a set of characteristics called “directivity”, which is plotted by taking frequency response graphs on and off the acoustic axis, usually 90 degrees on both sides and plotting them on a graph that looks like a heatmap.

The orange looking area shows how much sideways can you move from the Neumann KH120 monitor before you experience a shift in tonal response. The speaker above is expertly crafted and offers a +/-30 degree listening window with gradual uniform fall-off for side-ways radiated sound. This is called “controlled directivity” and provides two benefits – a generous sweet-spot and a tonally balanced spectrum of room reflections. Now let’s take a look what’s happening on the vertical axis.

Two things going on the vertical axis. First is generally narrower dispersion pattern. This is beneficial as it lessens reflections from your desk and ceiling. As most of the head movement is sideways, you’re unlikely to hear any impact of this narrower dispersion. Unless that snare is so heinous that it literally makes you duck for cover! Secondly, there’s a curious looking “pinch” at 1800kHz which considerably narrows the dispersion. This is an artifact present in all multi-way speakers with non-coincident drivers. All 2-ways will have this “pinch” at the crossover frequency between the tweeter and midwoofer and 3-ways will have two “pinches” as there are two crossover points.

As you can probably tell, when you’re putting your monitors sideways, their horizontal and vertical dispersion patterns swap places. You will have less leeway for horizontal head-bobbing as the sweet-spot will shrink. If you’re not aware of this, you might end up chasing ghosts in your mix only because you’re experiencing the mid frequency “pinch” which will change the way most instruments sound. By rotating the speaker you also end up negating the narrow dispersion benefits and probably end up making desk and ceiling bounce worse.

There are some monitors which are specifically designed to be positioned horizontally. Small 3-way near-fields like the Neumann KH310 or Dynaudio LYD48 will perform at their best when put on their longer side.

You can see in the image above that the KH310 does just fine on its side, however at 650Hz a slight “pinch” creeps in where the woofer is crossed over to the dome mid driver, after all – they are positioned next to each other horizontally. In this case the “pinch” shouldn’t be audible, but shows that physics can’t be cheated (even by Neumann!).

Or maybe you can cheat a little? Enter coaxial monitors. You can place these guys however you want, because their drivers are coincident, so their directivity tends to be about the same both horizontally and vertically.

Companies like Presonus, Fluid Audio and Pioneer make them as well, but generally Genelec and ME Geithain really excel at these designs. I should also mention that good coaxial monitors usually cost a pretty penny, because getting the treble right on them is always a great challenge.

Don’t keep your monitors sideways, if you can help it. I know it gives your studio a unique look, but it’s better to known by nice mixes. There can, however, be a legitimate reason why you would need to avoid upright monitor placement.

The acoustic axis of your monitors can be too high, so you might be inclined to lower those tweeters by placing the monitors on their sides. Here are two better ways how to deal with this: 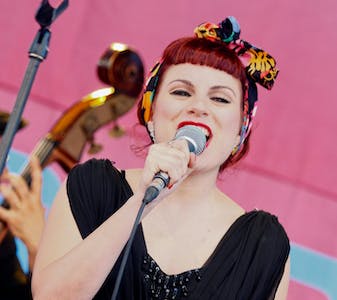 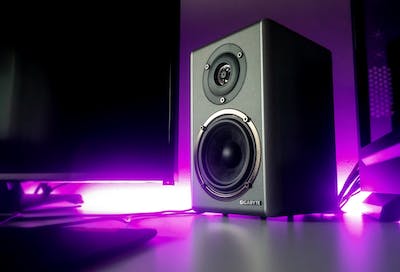 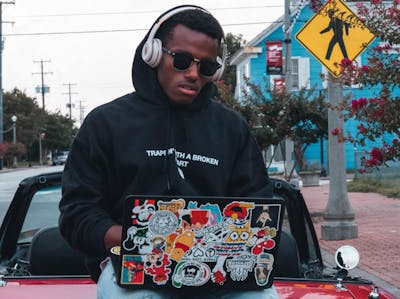