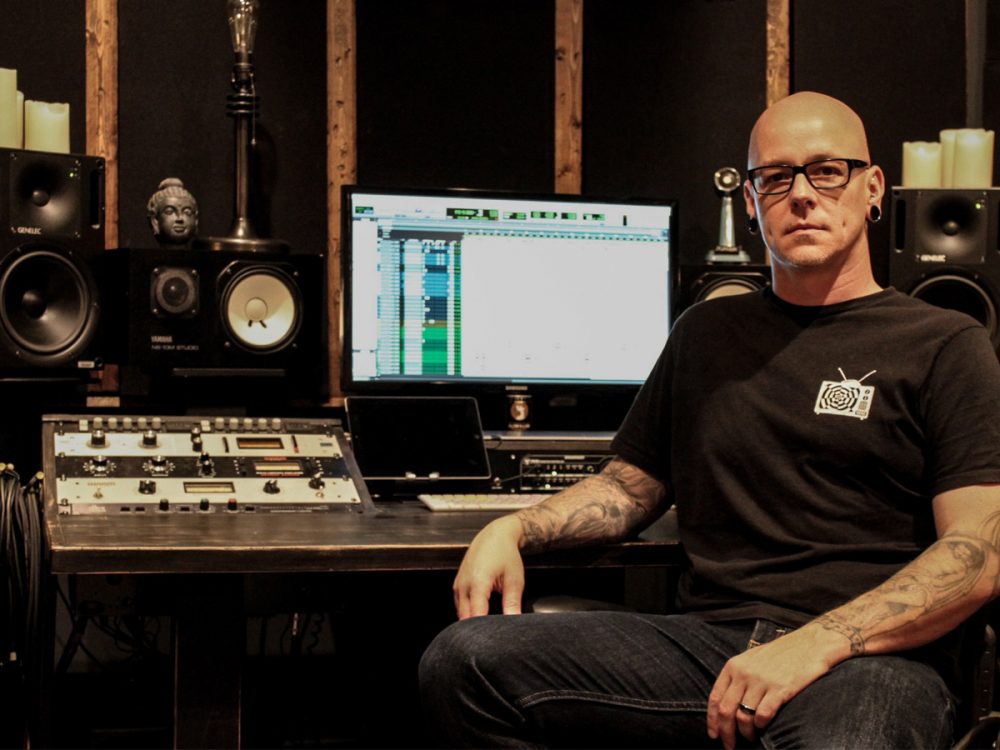 Josh Newell hit the Los Angeles studio scene in the early 2000’s and had the rare opportunity to be mentored under some of the most influential rock, alternative and hip-hop producers and engineers of the time, while working at some of the most notable studios in town. Josh has engineered, mixed and produced for a wide range of artists, including Linkin Park, Intronaut, Nas, Avril Lavigne, Celine Dion and P.O.D, to name just a few. Known for his Pro Tools chops and also his rock sensibility, Josh’s  skills apply directly to projects like Linkin Park and P.O.D, but his skill set also supports the aesthetics of projects like the one he worked on featuring Nas and Damien Marley. Josh was kind enough to give us at Sonarworks the opportunity to share some of his background and insights with you.

Josh, how did you get into the music making game and who were your mentors and heroes along the way?

JN: I got into Metallica in junior high and started playing bass shortly thereafter. They had a home video that came out called “A Year and a Half in the Life of Metallica,” that had a lot of footage of them recording the Black Album with Bob Rock and Randy Staub. Up until that point, I’d never really put any thought into the fact that you could help bands make records for a living, and after realizing I probably wasn’t going to cut it as a session musician in Nashville (I’m from Tennessee), I went to school to become an engineer.

I went to Middle Tennessee State University and got a bachelor’s degree from their recording program. My final credit hours in the program consisted of interning for a producer/engineer named Dave Aaron in Los Angeles. After my internship ended, he hired me to work on projects when he needed an assistant. Meanwhile I also interned at Cherokee Studios in Hollywood, got a runner position at Enterprise Studios, and finally landed at NRG Studios, where I worked my way up from runner to staff engineer and got to work under a number of really talented engineers and producers.

Dave Aaron (rest in peace) was a big influence starting out. He taught me a lot about how things really work in studios (versus what you learn in school), and he was a real advocate for me while I was on the hunt for studio gigs. Stephen Perkins [drummer] from Jane’s Addiction hired me as his engineer for a while when I was green. There were so many great engineers I met over the years at NRG, and NRG’s owner [producer/mixer extraordinaire] Jay Baumgardner taught me a lot. Ethan Mates and Linkin Park gave me some of my biggest breaks. Ben Moody hiring me as an engineer is what led to my full time freelance career. Working with Jay Ruston really upped my mix game… I’ve been fortunate to work with so many people there’s no way I could list them all.

As far as influences go (and aside from the people I just listed), Andy Wallace was and continues to be a big influence for me. Bob Rock’s work with Metallica was really influential. I think Joe Barresi and Garth “GGGarth” Richardson do amazing work.

Why do you think an artist chooses to work with Josh Newell? What do you bring to the table that helps shape the outcome of a record?

JN: Because Josh Newell needs to pay rent and put food on the table. Hahaha! Even though my name is on the end product, it’s the artist’s album and vision. I’m there to help achieve that vision. That doesn’t mean I won’t speak up if I have an idea or think something can be done better, but at the end of the day, I want the final mixes to sound like the best version possible of the band, instead of it being a situation where people go: “Obviously Josh did that because it sounds exactly like all of his other productions.”

I think I’m a well-rounded engineer and I am easy to work with… I try to not leave a big sonic footprint and instead cater my recording approach to the sound the artist is trying to achieve. I don’t force gear on people or dismiss their ideas without giving them a shot, even if I don’t think they’re that great. There tend to be two different projects/artists that lead to clients contacting me: Linkin Park and Intronaut. Those two bands aren’t remotely similar, but they tend to lead to the most calls/emails.

In this world of low budget, self-funded projects and computer-based productions many of us find ourselves working in personal studios and smaller production rooms, rather than the traditional big studios. Do you find that to be the case, too?

JN: I really love working in big rooms on large format consoles, especially in a place like L.A. where so many of the commercial facilities have these amazing histories and legacies. I don’t think there’s some intrinsic magic that gets left in the gear or anything, but it’s cool to work on gear that was used to make albums that I love. Recording is really the art of capturing the sound of vibrating air molecules. It’s kind of like audio alchemy­–creating songs and recordings that impact people out of vibrating air.

Budgets being what they are in the rock world, I’ve found that I’m spending less time in big rooms these days. Most of my work lately gets done either on my home setup or at Riott House Studios in North Hollywood, the private studio that I share with a friend of mine. Eventually, I’d like to get a really dialed-in home mix room going. Given that I have a family and a kid, it is nice to be able to still be around [the house] while I work, instead of off in a commercial studio for 14 hours a day, all of the time.

Unless you have the resources to hire a professional acoustician… pretty much all project and home studios are going to have acoustic flaws that you’re going to have to deal with. I’ve got Sonarworks installed on my home rig as well as the rig at [Riott House], and it’s been a great help. And I’m going to be getting my headphones profiled as well for my portable setup. My home setup is in the bedroom of an apartment. Even with treatment in place, there are issues with the room, and for me it’s very reassuring and helpful to be able to have Sonarworks to help tame those issues.

Now we’ve gotten to know about your history and philosophy, let’s give your fans some insight into your favorite tools. I’ll name some tools and you name your favorite:

Monitors: I’ve been using ProAc Studio 100s for about ten years now and am still really happy with them.

Headphones: I’ve had a pair of Audeze headphones for a few years now, and don’t foresee myself trying to replace them anytime soon.

DAW: Pro Tools. Every DAW has its strengths and weaknesses, but after 20 years of using it, Pro Tools is still my favorite.

Microphone: Well, my favorite microphone changes depending on the application, but I definitely wouldn’t be mad if someone wanted to give me a vintage Telefunken 251.

Mic Preamp: Vintage Neve 1073s… or a 1081 or 1084. I guess just vintage Neves in general. The first time I set up and tracked through an old Neve, I was like, “Oh, that’s how people get rock bands to sound like that!”

Plugin: I don’t know that I have one favorite plugin. That said, a big shout out to Melodyne for REALLY helping me pull some miracles over the years.

And? I do keep an install [of Sonarworks Reference] with me should I need it, but fortunately when I work on large budget projects, we do tend to work in rooms that are pretty acoustically sound so I’ve not had to use it much yet in that regard.

What would be your words of wisdom to young engineers and producers who are just getting started and also what would you say to the more mature professionals to keep it fresh?

JN: Be open to learning multiple ways to approach recording and mixing. There’s not really one set way to do things. Work with as many different engineers and producers as you can and figure out what works for you. When you’re working with someone, make sure you learn why they’re doing things the way they are, instead of assuming that’s just the way you have to do something. Do it in person if you can; there’s a lot of practical learning on the job when it comes to this industry, and you can’t learn everything online, no matter how good the program is.

Learn how to read people. It’s very important to be good at your job, but it’s also very important that you know how to get along with people. Making music involves a lot of long hours working with other people in windowless, soundproofed rooms. If people don’t like being around you, they’re not going to hire you for the gig.

“The best times I’ve had in this industry were when I was making good music with people I liked and wasn’t worried about how it was going to sell, or if the end product was going to make us all rich and famous. Making music shouldn’t necessarily be about fame and fortune… “  – Josh Newell 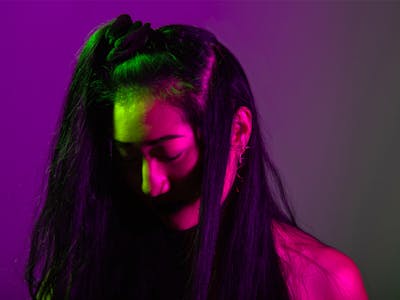