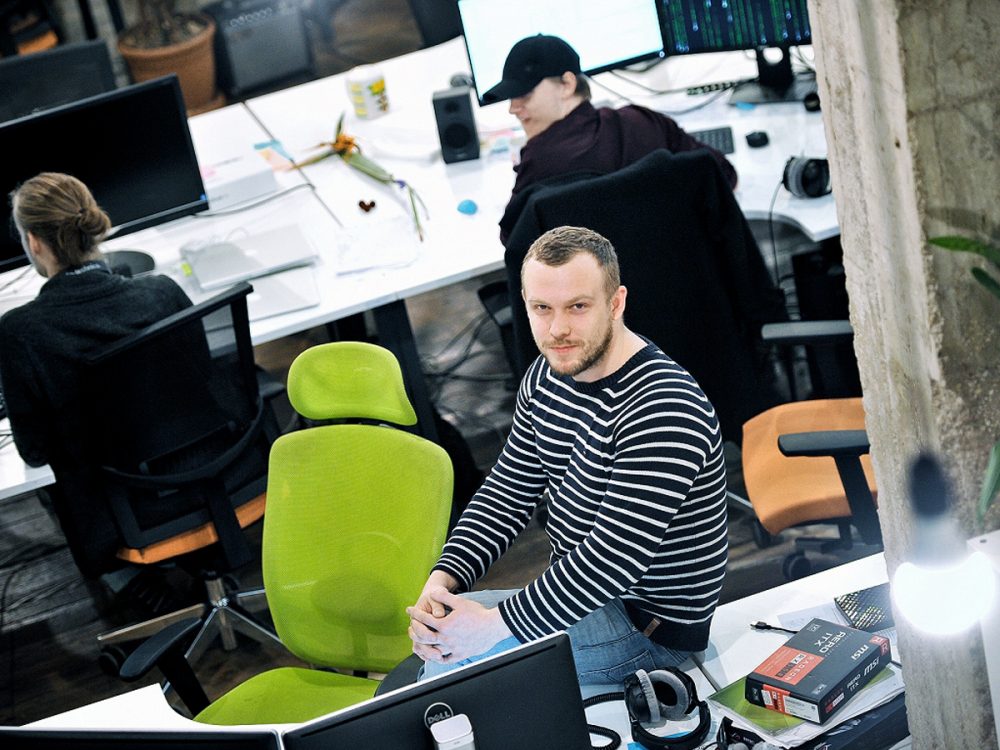 I know that Reference 4.3 release wasn’t as seamless as we wanted it to be, so I sat down for a short talk with our CTO Rūdolfs Bundulis about the reasons why. He also gave some neat insights from his previous experience with video and we peered in the crystal ball of what future might hold for the audio industry.

First of all, tell us what you did before Sonarworks?

I worked for a company developing CCTV systems. In a sense it was video streaming, because the surveillance had to be accessed remotely. But in the end it’s all digital signal processing in one way or another.

That’s quite a jump! Anything that surprised you in the audio industry?

Back in the video days we had to deal with a lot of cheap gear where the specs wouldn’t match reality and firmware usually held a lot of surprises. So, coming into the pro audio industry I was almost giddy that I would get to work with these superbly standardized devices complete with rock-steady drivers…

Oh, my. I know where this is going…

Right? Boy, was I wrong. Sure, it’s not as bad, but many times when we get flak about Systemwide acting up, it has been actually the drivers of the audio interface. If you’re just doing plugins like most companies out there, then the DAW essentially isolates your software from the output device. In our case we have 4 plugins and Systemwide which captures all audio and then relays it to the audio interface or DAC. So, with plugins you just need to cover DAW and OS as variables. Systemwide throws in the variable of audio interfaces in terms of models which are in the hundreds out there.

Yeah, Reference 4.3 was a bumpy ride. Can you tell us why?

Sure was bumpy. It was a combination of two things. First of all we did a complete rewrite of the GUI library to make the UI more pretty and responsive. This is where we might’ve bit more than we could chew because the extra development time meant less time to bugfix.

We also underestimated the problems with latency. The previous versions of Systemwide would sometimes give problems with audio synch in online video streaming. The framework rewrite also let us improve it, so we tried to get a version out as fast as we could to validate. Due to the immense machine fragmentation we didn’t catch some issues in-house. Our team isn’t big enough to handle all edge cases. However, we’re lucky to have a great balance of passionate new people and some very experienced software engineers. And to top it all off – they’re all musicians, so they care that in the end the sound is right.

It also didn’t help that right at that time a Windows update put a spanner in the works for us. At the same time I’m proud of my team that we were able to release Reference 4.3.1 to 4.3.5 versions out there so fast. And those users who still had issues could always fall back to legacy versions we keep public. The trouble was a worthwhile trade-off, because the new Systemwide is way easier to maintain and will open avenues for new features. I’d say you can get the first glimpse of this in Reference 4.4 which is currently out in beta.*

What about zero latency for Systemwide?

There is no such thing as true zero latency. You can make software super fast, so it’s essentially zero latency, but crunching numbers always takes time. For example your audio device will always need to have some buffer to work in a stable manner. The thing with Systemwide is that we took the seamless route of integrating it into system audio, so it uses the system mixer which is slower. In the future we might write our own ASIO driver, so Systemwide will have just twice the latency of the audio device.

So, we lose the plugin altogether?

There are people who work exclusively in DAW, so a plugin will always make more sense for them. Systemwide would be some extra window which would take them out of their preferred environment. At the same time, we could let you use MIDI to control Systemwide, thus making it truly invisible.

What do you think would be the perfect Sonarworks Reference product?

Really depends on the user. Being just a software makes us very flexible. At the same time, if you’re renting a studio then an in-the-rig DSP box makes way more sense. It needs to be plug and play, so you just bring your computer over and everything sounds perfect. Maybe it could be a wireless DAC or monitor controller with DSP.

What do you think is the future of audio?

Most of the audio right now is streaming and these guys seem to be super focussed on codecs. So, essentially they are improving the transport so there’s less server spooling and maybe bake in some DRM along the way to copy-protect. Sure this won’t let you rip audio in the OS, but in the end it’s still a PCM stream which can be recorded by a digital receiver. The sad part is that the user experience gets no real benefit from this. You’re still doing the actual listening on headphones or speakers based on half a century old tech. 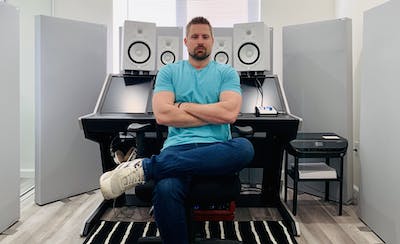