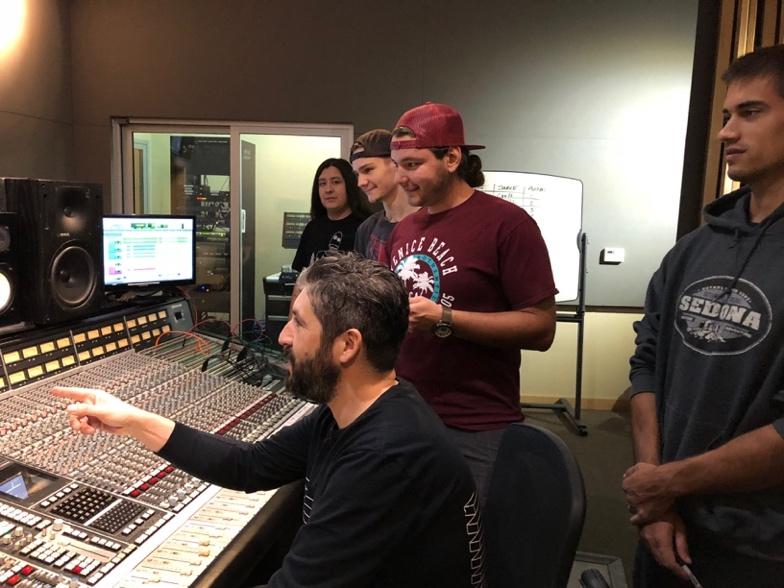 Phoenix, AZ, Arizona 11th September, 2018 – The Conservatory of Recording Arts & Sciences (CRAS) is one of the most celebrated audio engineering and production schools in the world. For 26 years it has built up a peerless reputation for turning out skilled working professionals that have in turn racked up an impressive array of national and international awards in various audio and sound design professions. CRAS’s tradition in hands-on work comes from the teaching staff themselves, all working engineers who bring their real-world experience into the classroom. Part of this experience has always been keeping its staff and students on the cutting edge of music technology, and recently the Conservatory has embraced Sonarworks’ Reference 4 as an indispensable tool for monitoring and critical listening.

Music Production Instructor Tony Nunes, who teaches record production and live band clinics as well as being the manufacturer liaison for CRAS, encountered the Sonarworks team at NAMM 2017 and invited them to do a demonstration at the school. “When we experienced it firsthand in our studios, I was really impressed. The software immediately made an impression with everyone.” Alan Leggett, who teaches basic room acoustics as well as advanced mixing and recording, agreed. “I’d been aware of similar products before, and I’ve always been skeptical of them. Hearing Reference in action I was sold immediately and found it really impressive.” Sonarworks’ then offered to let the school try out the software and report back on their findings.

From Home Studios to Studio A

Nunes and Leggett both spent some time testing out Reference against their own tried-and-true methods. “I was just frustrated that in 2018 that we’re still using these ancient methods of checking rooms,” says Nunes, “I ended up doing a project completely from scratch with Reference and I became a real quick fan of how fast I was able to work with it. Running through the calibrations was really fun and I was blown away with how well the mixes translated when I brought them into the school’s studios to check.” Leggett took a similar approach, mixing the same tracks with and without the software and reached the same conclusion. “When I used it to calibrate my room, it backed up what I expected to find and made it easier to work with. After doing the experiment I trust it completely and I feel really confident about the mixes I do using it.”

“I’m able to work so quickly because I don’t have to second-guess myself.”

The Next Generation of Audio Professionals

Convinced by their own usage, both Nunes and Leggett have taken Reference into the class room and introduced the product to their students. Leggett finds that aside from its purpose in the workflow, Reference also helps to remind students of their roots. “Sometimes they forget,” he chuckles, “You can use whatever you want on top, but if you haven’t taken the time to work with the room, it doesn’t matter. Reference taking them through the calibration process reminds them of all these things I teach them in the basics class, as far as placement and treatment. The room we work in has an SSL AWS 948 and ATC 25A Monitors, so it’s a well-built room. But even then Reference picks up the little nuances.”

Nunes agrees on the software’s educational value, “From a teaching standpoint it’s really useful because you can see the before, the target, and the correction curves. It shows exactly where the problem areas are and how to fix them. What’s great is that it’s all science, so you can learn to control it and once you do it’s a night and day difference.” With the software now installed in all four of CRAS’s SSL rooms, students are able to take advantage of it from day one. As Leggett notes, most of them do. “You hear it occasionally, ‘Do I really need this? Couldn’t I just learn the room?’ and my response to that is always, ‘Yes you could, but you have to be able to see the frequency response of your room,’ and that’s what this does so well. You can be totally confident in what it’s telling you.”

“Hearing Reference 4 in action I was sold immediately and found it really impressive.”

A Practical Tool for Working Professionals

The usefulness in the classroom setting has also translated to how to the two engineers use it on their own projects, an experience they then share with their students keeping in the school’s tradition of being informed by practical applications. For Nunes, that usefulness comes from how much time he’s saved since implementing Reference into his workflow. “I really enjoy the efficiency of it,” he says, “I’m able to work so quickly because I don’t have to second-guess myself. It’s intuitive, it’s set and forget, and it just becomes part of your chain. There’s no session that I’m working on where it’s not run across my master bus.” For Leggett, it’s the portability that allows him to work anywhere. “It’s so easy to measure a room with it. It helps me maintain consistency between real studios and the various home studios that I work in, and I have the same confidence that the mixes will sound good even if I’m working in a room I’m not familiar with. That trust is just there.”

For more information about The Conservatory of Recording Arts & Sciences, visit https://cras.edu/ 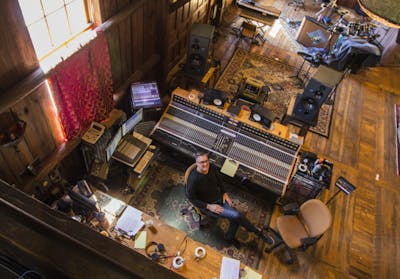