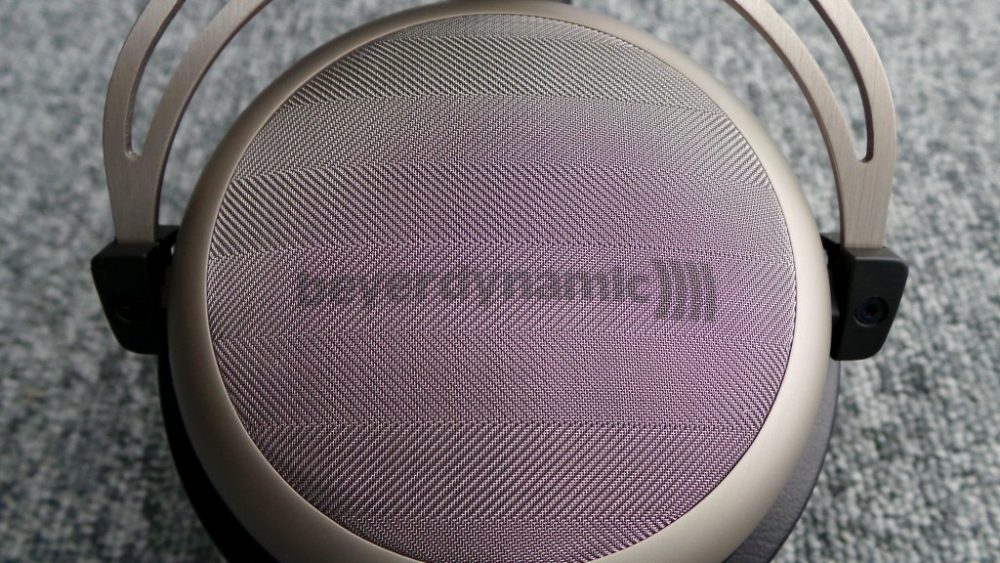 Disclaimer: this review was originally posted in French on Audiofanzine.fr. With their kind permission we translated the text to English and published here for you to enjoy.

Audiofanzine recently tested the DT1770 Pro, and in the box it was shipped in, Beyerdynamic slipped us another set of headphones, the T1 2nd generation. These are a semi-open model, and at a price of around €1000, fall more into the Hi-Fi headphone range provided in the German manufacturer’s catalogue. But because we at Audiofanzine are open-minded, we took a listen and tasted the forbidden fruit…and here’s the verdict.

When we look more closely, this T1 2nd generation greatly resembles our good old DT 880 Pro to which we will compare. It has a fairly similar appearance, is circumaural and semi-open…The only real revelation that we are dealing with Hi-Fi headphones is the detachable cable connected to each earpiece (with mini-jacks), and not just on the left as with the DT 880 Pro. In Hi-Fi, we like things to be very symmetrical, is there a problem with that?

As for its technical specifications, the T1 boasts a 600-ohm impedance compared to 250 for the DT 880 Pro, and they are noticeably heavier (440 g compared to 295). Tesla technology is inside (It’s the “T” in “T1”), promising to deliver all the bells and whistles to the listener. Note the presence of a hard storage case for your precious, which lends itself to the equipment’s upscale character. At this price, you’d better take care of it!

A 3-meter long cable is provided, and is wrapped with textile, making it fairly rigid. We bet that this will help it endure the test of time a little better. An optional cable is also available with an XLR 4-point connector instead of a 6.35mm jack, which can be used to connect symmetrically to the headphone amp. Don’t get too excited, as you will still have to pay the modest sum of €149 to obtain this special cable, which is about the price of a DT 770!

Like the DT 1770 Pro recently tested on your favourite site, the T1 2nd Gen’s construction quality is irreproachable. It feels very sturdy due to the materials used and its assembly. It has an amazing appearance and beside it, the DT 880 Pro seems a bit “rough”, maybe even a little “cheap”. The T1’s finish is truly excellent, and there is no doubt that we are dealing with top of the line headphones. As for comfort, they’re in the same vein as other Beyerdynamic models, which means they are very comfortable, and we can say that they’ll never hurt your head even after being worn for many hours. The materials feel great, but we will have to wait to see if they become too hot in the summer. Considering the current winter temperatures, it’s difficult to comment on it now!

The T1 Has Some Guts!

Since testing AKG’s K812, we have created a new protocol in order to perform classical comparative listening. With valuable assistance from our partner, Sonarworks, we are pleased to provide you with precise frequency response curves and harmonic distortion rates provided by professionals, who perform this function every day in their laboratory. And because they have a wealth of experience, their valuable opinion about the headphones will also be provided to you. Isn’t life grand?

We begin with the T1 2nd Generation’s frequency response, followed by the DT 880 Pro’s:

Let’s divide the curve into two parts: what’s below 1 kHz, and what’s above. In the lower portion, covering the low mid-range and the bass line, we found that the T1 holds its own with only a 2dB deviation between 100 Hz and 1 kHz, which is still pretty good. Also, at -6 dB, these headphones can drop much lower than their little brother the DT 880 Pro (-2 dB at 55 Hz), which is relatively poor in low frequencies. The T1 therefore quietly wins the battle of the lower spectrum, against the DT 880 Pro, which is relatively linear.

It’s in this upper end of the spectrum where we find the sound may be more enjoyable to hear at first, thanks to the spike at 10 kHz, giving the impression of having a more detailed sound, and the dip at 3 kHz which helps make the sound seem sometimes less “hard”. But this strong deviation might be a handicap during the mixing stage, and may cause home-studio owners to under-dose the high frequencies or the high-mids if they let the T1 take them over. It may be preferable to work with more linear headphones, in order to best avoid surprises when dealing with monitors or any other sound reproduction system.

In terms of harmonic distortion, both headphones are very good, and even if the T1 has a higher distortion in the extreme low of the spectrum, it’s surely because they can go lower than the DT 880 Pro. Anyway, it’s difficult to separate these two sets of headphones here, as they are both excellent.

The opinion of Sonarworks

The Beyer sound is pushed to its limits. The famous spike in the treble ranging up to +12 dB at 10 kHz makes listening very realistic, but don’t wear yourself out. The distortion is very weak; these headphones extract the details of certain recordings very well, but present them in a distorted manner. If you want to seriously mix or master with these headphones, the engineer must first tame the T1’s tonal coloration.

In this song, we can clearly hear the differences between the DT 880 Pro and the T1. And for good reason, whether on Cash’s voice or his Martin acoustic guitar, an important part of the information is found above 1 kHz. With a frequency of 3 kHz dropping back and a huge spike around 10 kHz, the T1 has a very detailed sound, with attacks of intense chords and a voice highlighting the resonances located around the nose as well as sibilance. It really feels like Cash is singing two centimeteres from our ears. If the detail has a magnifying effect, which can be useful in some situations, (you can hear, for example, on this recording, the bleeding of tracks on the magnetic tape which were subsequently erased), the rendering is far from being natural with an overflow of presence, regardless of the instrument. The DT 880 Pro, which however is not particularly flat in this frequency range either, has a much more natural rendering, with high-mid frequencies that return a little more in the low and high frequencies. Going from the DT 880 Pro to the T1 is still a bit painful. The DT 880 Pro seems much more appropriate for mixing and mastering.

This title did much better in the low frequencies, and the T1 quietly overshadows its little brother in this area. The lower spectrum is really quite clean and discernable, it drops relatively low and isn’t disproportionate compared to the low-midrange. It’s along the same lines for the upper spectrum. When you go from the T1 to the DT 880 Pro, the sound seems a little more “boxy” at first, but we did it quite quickly. When you return to the T1, the acclimatization is much harder. The sibilance hurts on this title, and the overall sound seems far too hollow, with too much treble and not enough mediums. You can feel the fatigue a little, so you should pay attention to your ears if you plan to work on pieces with similar productions for long hours…

We finish with this piece from Michael Jackson, and the introductory layers take full advantage of the T1’s ultra-developed upper spectrum, with very present details. As for fatigue, this track is comfortable, with only minor sibilance to titillate our hearing a little too violently for our tastes. The lower spectrum (bass and kick) transcribes very well here, it’s clean and discernable. With the DT 880 Pro, these instruments sound a little more “in the box”, as there’s already -2 dB at 100 Hz…In terms of dynamics, there’s nothing wrong, and they’re very good.

Even though we were fully convinced by the T1 under the 1 kHz range, with their great linearity and a lower spectrum that drops relatively low, we can’t say that the upper spectrum really wowed us in terms of using it for music production. The high frequencies above 10 kHz are far too present, and the drop around 3 kHz is a little too deep. The balance in this end of the spectrum is not as good as our trusty DT 880 Pro, which is much cheaper. That’s unfortunate. We understand what Beyerdynamic was trying to do within the realm of Hi-Fi listening where, above all, you want to seduce the listener. By reducing the sometimes “hard” 3 kHz frequencies and by increasing the high frequencies around 10 kHz to add detail, the T1 tends to make for more recreational listening, even though we think that +12 dB is too much of a spike which can result in listening fatigue, in some cases.

We wanted to try “Hi-Fi” headphones to see if they could meet our expectations, and they do so only partially. The quality of fit and finish is impeccable; the materials used provide a feeling of undeniable robustness and comfort. The little carrying case and the detachable fabric-wrapped cable really make you feel like you’re using high-end equipment, and the €1000 price tag clears up any confusion about that. The lower spectrum is really very good, because it is reliable and developed, and the distortion is completely acceptable. In the upper-mid spectrum, things get spoiled if you want to use the headphones for mixing or music production, because of an imbalance between the high frequencies, the high-mediums and the rest of the spectrum. If your goal is to mix or master your latest track (which is surely the case if you’re on our site), there are much less expensive models, including from Beyerdynamic, and with qualities more suited to your occupation. 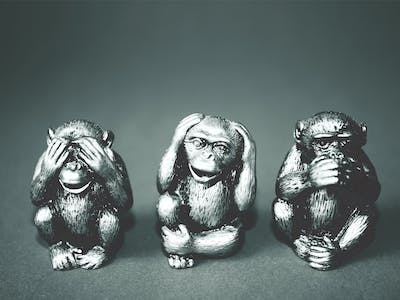 The hidden flaw in HRTF emulation 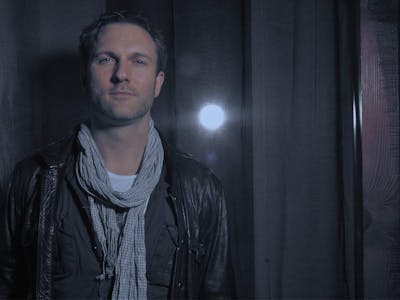 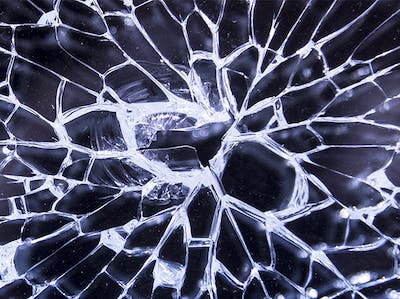